Yard Sale, the trio with a fine blend of pop and country songs, is set to release their second CD with a release party set for July 11th and Café Royale. Find regular progress reports on  MySpace… Misisipi Rider released its new CD in Mid-March, but after a roll-out show at Amnesia, they’ll be on hold until April 17th when they play the Plough and Stars on Clement Street in SF.  Hear tracks and find their calendar on their MySpace page…  The Country Casanovas will be coming out with their first CD within weeks.  They just recorded it two weeks ago and the mix was finished a week and a half later.  Apparently their drummer, Bing Nathan, stops at nothing once he gets into CD making mode…  The Saddle Cats, a western

swing four-piece, are revving up for their CD release in May…  Johnny Dilks is coming out of hibernation with a new band, JD & the Barroom Roses. This time around he’s planning a horn section and looking to develop a Herb Alpert meets “Ring of Fire” sound…   The Rockin’ Cabbie checked in with a fool-proof random plan that anyone can use to name a band, title a CD and select a CD cover photo.  First, click on http://en.wikipedia.org/wiki/Special:Random and use whatever Wikipedia returns as the band’s name.  Wikipedia named HWS News’ imaginary band Regular Verb. Second, click on http://www.quotationspage.com/random.php3 and use the last few words of the last quotation on the page for the CD’s title.  Quotations Page gave HWS News F. Scott Fitzgerald’s, “In a real dark night of the soul it is always three o’clock in the morning, day after day.” 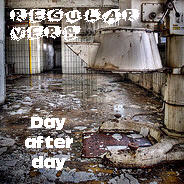 Next, pick one of the nine pictures at http://www.flickr.com/explore/interesting /7days for the CD’s cover.  Put them together using the drawing tools in MS Word or some other word and picture crunching software.  For an added touch, revisit Wikipedia for the name of the label.  This faux CD will be released on the 4177 Kohman pseudo-label, named after an asteroid found in 1987.  Send your CD cover, using the subject line “15-seconds of fame” to HWS News to get your entry into the next newsletter.