These imaginary CD’s were submitted by HWS News readers who followed the guidelines published in the last issue about randomly accessing Wikipedia for the name of their invisible band, Flickr for cover art and Quotations Page for CD titles.  It is surprising to see just how authentic looking random can be. 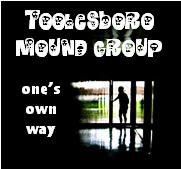 Wikipedia named reader Steve Bern’s band Toolesboro Mound Group after a native-American burial site in Iowa.  His CD’s title comes from the quote “Everything can be taken from a man but one thing: The last of his freedoms — to choose one’s attitude in any given set of circumstances, to choose one’s own way,” from Viktor E. Frankl who wrote Man’s Search for Meaning.

Rappotenstein is an area of Austria that Wikipedia chose for Wild 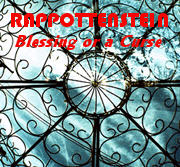 Billy’s faux band’s name.  His CD’s title is from a quote attributed to the legendary Don Juan. “The basic difference between an ordinary man and a warrior is that a warrior takes everything as a challenge, while an ordinary man takes everything either as a blessing or a curse.” Billy wants HWS News readers to know that Rappotenstein, should it ever exist, will be a Yanni tribute band, which, considering how Yanni influenced John Tesh who was in Yanni’s band for awhile, does seem like more of a curse than a blessing.

Angie O. Plasty’s faux band Tap Tap is named after a Guitar Hero-type game for the iPhone.  Its title comes from romantic poet William Wordsworth, “That best portion of a good man’s life: his little, nameless, unremembered acts of kindness and of love.”

Follow the links in this story’s first paragraph and you too can create a band and CD in no time.  The only thing missing will be your music.