The phrase “keeping it 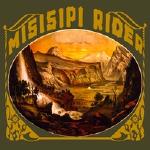 real,” however shopworn, is still an apt description for Misisipi Rider’s debut CD since its songs come from direct experience and the tracks were recorded live in the studio.

“Born Again,” is the most misunderstood, and one of the best, on the CD.  Many who hear the hook think it’s about finding religion, but Misisipi Mike Wolf wrote it to describe losing a friend who fell into taking Jesus too seriously.  “I don’t have a thing against Jesus/I just don’t think that he is/The only thing to put your faith in.”  Cree Rider wrote “Plain Jane” when he was suffering a dry spell in the girlfriend department.  Not particularly into Match.com, he thought he’d use the stage to let the regular gals know they’re okay by him.  Doug Blumer wrote “Bessie’s Song” in memory of his former octogenarian landlady who experienced quite a life as chronicled in the song.

The strength of the CD is that a listener can connect with any one of the songs and think, “I know someone like that,” or, “That happened to me once.”

There’s also much to be said about cohesion in this CD.  The band started as a duo, hence their name.  Then Blumer and Katy Rexford (Burning Embers) came on board to play bass and fiddle.  The band seasoned their songs and worked on the arrangements until everything was just right.  When the moment came, they were able to go into the studio fully loaded.  The result came out as real and cohesive as a CD gets, and a treat for fans and newcomers alike.