The Supervisors hearing room was packed to overflowing on Monday October 28th as nightlife’s supporters and detractors rallied to their respective causes.  This wasn’t even a Board of Supervisors meeting; it was a committee of three Supervisors: Bevan Dufty, the man who would be king; Eric Mar, a democrat in name only; and Chris Daly, the local press’s favorite whipping boy, (self-flagellation aside). 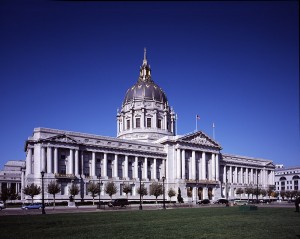 The agenda was about some rule changes relating to permits for one-time events and minor strengthening of the notoriously weak, though club-friendly, Entertainment Commission.  This was not what the audience came for.   They came for a football toss between the pro-club and anti-club teams.  The meeting started benignly enough with Chairman Dufty providing some background, a statement that enhancing public safety was the goal of the committee, and then a few functionaries who weighed in with fairly benign comments.  Then came time for audience comments, the whistle blew and the gamesmanship began.

Neighborhood activists weighed in on the evils of clubs: noisy drunks, urine-soaked doorways and violence, violence, and more violence.  They showed a five-minute video purporting to be about the violence associated with clubs.  It started off with a fairly decent fight — a few roundhouse punches, but no weapons, no blood, nothing broken and the combatants were soon pulled apart.  The next cut showed a rather sorry fight, a shoving match really, then came four and a half minutes of people milling around outside a few venues.  Oh yes, and a pack of loud motorcycles roared by.

The pro-club forces weighed in with the economic benefits of nightlife, cultural and artistic diversity, and their fear of having San Francisco turn into its suburbs.  One speaker concluded her praise of SF’s nightlife saying, “That’s why I live here!”  This drew another round of applause from the pro-club side which seemed to out-number the anti-club side by about 4-1.

The three Supervisors listened politely and held their judgments in reserve as is their wont during factious meetings.  They’d seen the pro-club versus anti-club football tossed around enough to know that what the people needed to say would have little to do with the meeting’s specific agenda.

“What if club life really isn’t so violent after all?”

The bigger question is whether the public safety issue that is motivating the committee’s agenda is misguided.  What if club life really isn’t so violent after all?  Of course violence sometimes breaks out at a club, but it is actually quite rare, usually confined to two individuals and bloodless.  The over-all risk to violence upon one’s own person is quite modest when compared to the risk of violence at, say, schools, sporting events, public housing or MUNI.

The neighbors’ video reinforces this point. It was prepared to highlight club violence, but the best they could come up with was one quick-ending fist fight, one push-and-shove, and four and a half minutes of people milling around outside clubs behaving perfectly peacefully.  And what about those thuggish looking brutes pounding by on their motorcycles in the wee hours?  As creepy and annoying as they are, they had absolutely nothing to do with the clubs they were driving past.

The Supervisors and the club debate itself seem to have been hijacked by a handful of neighbors who do not want noisy drunks waking them up or urinating in their doorways.  These are fair and honest concerns.  But the neighbors also know that the forces of law and order aren’t going to react to that, so they’ve taken relatively infrequent and minor incidents of club violence and stoked them into an epic myth.

The pro-club forces need to change their tactics and deflate the hot-air balloon around club violence.  The Supervisors need to change their focus from legislation driven by public safety to real concerns, such as how to keep clubs and the arts they support thriving.  As for the few bad apples, the City Attorney already has the power to shut them down just as he’s done this week to the Pink Diamonds.

Clubs are regulated beyond what most types of business must endure.  The Entertainment Commission and the Supervisors need to make cutting the red tape around club management their priority, and there’s no better place to start than to send a strong message to the State Alcoholic Beverage Control.  ABC regulates things like the menus at clubs serving food, it mandates what tables need candles, and it regulates the type of dancing that can be done.  The last thing  San Francisco’s clubs need is more pointless bureaucratic initiatives such as these emanating from City Hall.