New S.F. Bay Area bands are all dressed up and ready to play – Mandatory Merle, Plain High Drifters, Switchbacks, Deadicated Maniacs, Jenny Lynn and her Real Gone Daddies, and Purvis and the Stray Dogs are coming soon to a venue near you. 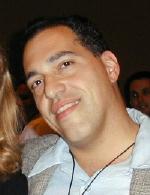 Mandatory Merle features Big Vic Estrella (Big Mistake, SF Cattle Co.) who, like some exotic species of accordion-playing cicada, emerges every three years with a new band.  There’s no site, as Haggard would have wanted it, but look for their first show, which has been threatened for months, on the HWS calendar. 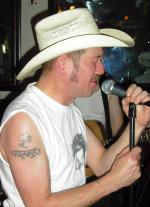 Smelley Kelley’s Plain High Drifters is another band that recycles itself, usually every six years or so.  They date back to the ’90s, when they were the East Bay Drifters with different personnel yet with Smelley, who most know from Red Meat, at the helm.  These guys have been wood-shedding and playing “secret” shows for six-months.  They played their breakout gig at Ireland’s 32 on 11/14 with Les James, also from Red Meat, on drums; and two former Burning Embers, Eric Embry on rhythm guitar and banjo, and Tom Armstrong on electric bass.  Dave Janusco, who was in the previous PHDs, plays lead and rhythm guitars.  They’ve also come out of the box with a 15-song CD.  PHD Site. 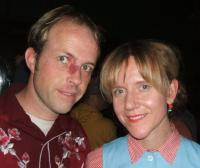 The Switchbacks played the Make-Out Room a few months ago.  They’ve got a honky-tonkin’ sound but little has been heard from them lately.  Find their songs and videos, but no calendar, on their MySpace page.

The Deadicated Maniacs have that California easy-listening sound inspired by the Grateful Dead and New Riders of the Purple Sage, and they are not afraid to play stages with tie-die backwalls. Find inner peace at their site.

Jenny Lynn and her Real Gone Daddies is a new rockabilly band that’s thin in the website department.  They’ve been playing in “Where the hell is ‘Elmira’,” up by Vacaville. Jenny’s granpaw apparently recorded with Rose Maddox.  The video on “Bang, Bang” is jumpy, but its audio is in good shape and well worth a listen.

Purvis and the Stray Dogs is another Internet-averse rockabilly outfit, but they do have a write-up with song samples here.  Steeped in the R&R of the ’50s, their song samples suggest an approach similar to BlueNoteCats or The Dave Crimmen Band. 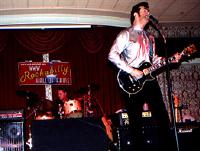 The Fancy Dan Band released its second CD, Sing to Survive.  Their first was produced in Nashville and their latest seems more home-grown, both in location and production.  This band needs a strong producer and Sing to Survive sounds like independent ears weren’t in the budget. And where are the threads?  Has the recession cut into their clothing budget too? 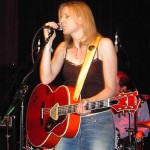 Valerie Jay has been low on the radar for four years while making time for her two new daughters.  She’s scaled the band down from a seven-piece to a trio with a sound reminiscent of Margo Timmins and early Cowboy Junkies.

Sonoma County’s Twang Ditty is alive and well with a new guitarist brightening up their honky-tonk standards.  It was an adventure to find them playing the Druids Hall in Santa Rosa. The Druids are a community outfit, like Rotary, Elks or Moose.  The median age of the dancers and this regular Friday night event, which features various bands, was about 75.

Also in Sonoma County news, the Black Cat, a dive in Penngrove just northeast of Petaluma, has changed hands again.  This comes on the heels of some discouraging reports of bands making less than gas money to play there.  The bar muddled along for the past few years as a wimmen’s club house, but Penngrove just isn’t big enough for identity politics.  Hopefully the new owners will get the message.  Meanwhile, live music is thriving at Penngrove’s other club, the Twin Oaks.  This joint keeps its doors open to Americana and closed to the Internet.  It takes a genuine old-fashioned telephone call to book your band or find out who is playing there.

Bluegrassers Homespun Rowdy played Amnesia one Monday every month for eight years. Now they’ve moved on as life has placed other responsibilities on the band members.  Shorter lived L’il Anne and the Tune Wranglers faded away when it became more work than fun for front woman Anne Arnheim.

The first of two DJed events is the revival of the Rockabilly Fridays in SF with a rotation of DJs Samoa Boy, Rockin’ Raul, Okie Oran and Sergio Inglesias spinning ancient R&B on vinyl at ReTox on 20th Street just off 3rd in SF.  This is a revival of the popular Jay ‘n’ Bee Fridays that the Grinch at City Hall ended for lack of a cabaret license.  The other features Dr. Scott and Miss Cherry Bomb playing old school R&R, surf, R&B and country on third Thursdays at Forbidden Island in Alameda.

Hicks with Sticks is gearing up for two radio shows at the end of this month featuring the latest from twangin’ local bands.  Peter Thompson’s Bluegrass Signal will host HWS on Saturday the 27th from 6:30-8:00 PM on KALW.

Three evenings later, Meaty Paws and Jose Segue will be at it again on KALX‘s Why Baby, Why during Tuesday November 30th at midnight, which is technically very early on Wednesday December 1st for those who are counting.  Both are on the Internet for listening beyond each station’s broadcast range.

And there may even be a night of honky-tonkin’ vinyl, good beer and classy weenies at Rosamoude in the Mission.  Stay tuned.