Relax if you’re among those who think live music just happens, because you’re in a comfortable majority.  Unheradled as they are, there’s a producer behind every live show.  Shows can be produced by the venues that host them, a featured band might be the producer for a night, or one of a waning number of independent producers might be the power behind the show.  Tanoa “Samoa Boy” Stewart, T. R. Hunt and Shelby Ash are three independents who are making music happen in deference to the common wisdom that the best way to make a million in music is to start out with two. 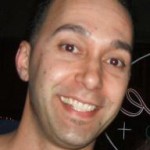 y has built his A-Town enterprise into a one-man conglomerate over the last decade.  He produces, DJs, teaches dance and manages a stable of bands, all of which sometimes blends together, as when he produces a show featuring bands he manages that include his dance lesson up front and him DJing between sets.  He sets up the PA and designs the fliers with his other hand.

His swing night at the Verdi Club, featuring Stompy Jones, has become an SF Tuesday night fixture.  Stompy itself plays about 20 dates per month as the most successful of the nine bands in the A-Town empire.  He also finds time to present touring bands like Petunia and the Vipers or Big Sandy and the Fly-Rite Boys.  Check out his Zombie Prom, featuring the voodoo swing of Slim Jenkins and a coffin picture booth, October 28th. 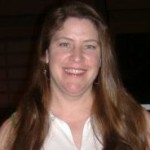 T.R. Hunt‘s Spirit Vibrations has been working its way up the food chain for two years, producing a variety of independent bands at various locations.  She started Spirit Vibrations after her teaching job was crunched by the recession.  She’s taking full advantage of social media, notably Facebook, to make her events happen.  T.R. differs from most independent producers because she’s into a wide range of styles including singer-songwriter, reggae and indy rock.  Her next twang show will feature Hellbound Glory, Misisipi Mike and The Midnight Gamblers and The GoldDiggers at the Red Devil Lounge on November 12th. 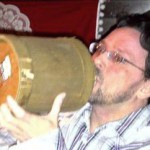 Talk about living on the edge, Shelby Ash not only lives the high risk life of an independent producer, he also owns The Music Store, one of the last of SF’s vanishing breed of record/CD/DVD outlets.  He’ll produce just about anything that is from the Americana catalog, but most of his shows draw from the bluegrass and western bands.  Shelby Ash Presents shows can be found regularly at places like Red Devil Lounge, Cafe DuNord and Plough and Stars; his September show at the Great American Music Hall featured The Good Luck Thrift Store Outfit and Brothers Comatose and was a resounding success.  He’s also got the holidays covered with a “Boo-Grass” show coming for Halloween and the “Turkey Trot” for Thanksgiving, and he’s also been a mainstay producing the SF Bluegrass and Old Time Music Festival every February.

There are other twang producers to be sure, but they mainly stick to one show per month, or less, that barely pays the bills.  The unsinkable dX, who has The Knockout to run, has dusted off his independent producer’s hat to get third Thursdays twanging at Blondie’s Bar and No Grill.  Handsome Hawk Valentine has done a fine job bringing third Saturdays to life with the “Haight Street Hop” at Milk Bar.  Our roving reporter, Greg Yanito, tells HWS that this could be moving to another venue and maybe another night, thus providing a handy example of shimmy-shammy associated with a music producer’s life.

Other producers are responsible for one-offs, house concerts and DJed shows; most of which incur bills rather than pay them.  Yes, it’s generally a labor of love, but without independent producers there would be a lot less music around to enjoy.