2014 will see changes at performance venues Café du Nord, Savanna Jazz Club, Club Cocomo and Veracocha.  Café du Nord, which stages at least one Americana show each month, has been sold to restaurateurs who own West of Pacos and Woodhouse Fish Co.  Co-owner Guy Carson explains his reason for selling, his confidence that the club’s tradition will carry on, and planned upgrades in this Chron piece. 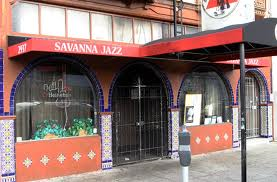 Another club, Savanna Jazz on Mission, a block and a half north of Chavez, joins Rassela’s and Lingba Lounge on the list of recently closed SF jazz venues.  Savanna may carry on as a music venue, and might even pump up it’s food service, but chances of jazz continuing there are slim-to-none since the audience just isn’t there.  HWS reported on SF’s diminishing taste in jazz with a September article titled “Rassela’s Closing Highlights ‘Jazz District’ B.S.”  Mission Local has more about Savanna’s sale and mentions rock as a likely format.  Curiously, the club also failed as a rock club ten years ago when it was the Voodoo Lounge, but that might have had more to do with management than the music. 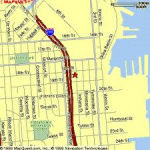 Salsa dancers already miss Club Cocomo in SF’s Dogpatch.  It closed three months ago.  That building is being razed to make way for housing.  The SF Appeal has more on Cocomo’s story including tips on where salsa still thrives in The City.

Veracocha, an eclectic retail store on Valencia Street, has been hosting music, spoken word and performance art, unauthorized, in its basement for a few years.  It’s a cool space… and a total fire trap that Veracocha wants to make legit.  This story can be found in the SF Weekly. 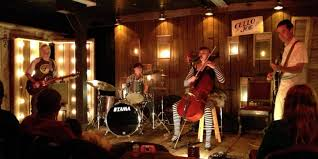 As for music related to Hicks with Sticks, it should continue at du Nord.  The new owners are keeping former owner Guy Carson involved, and Americana promoter Shelby Ash has a track record for successful shows there.  With jazz out of the way, there should be opportunities at Savanna’s space, as there were when it was the Voodoo Lounge.  And Cat’s Corner, the popular Wednesday swing night, could hold over with new management.  Cocomo is out for good and Veracocha could see an up-tick in bands like The T Sisters, Front Country and others that might be found at a like-minded venue such as the Lost Church.