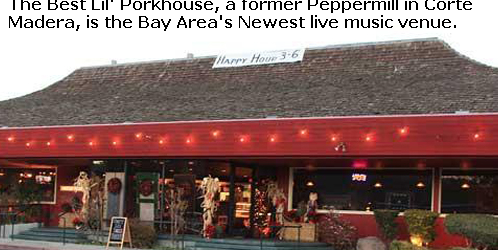 Changes are coming to venues from Marin to Pacifica, some rising while others fall.  Here is a look at trends at six Bay Area venues.

Early in February, the Elbo Room, on Valencia near 17th Street, submitted a proposal (not a “plan”) that outlined the club’s demolition and replacement with a mixed use — residential and retail — building.  Co-owner Matt Shapiro responded to the outcry with a Facebook post assuring nervous patrons that the club “is not closing anytime soon,” which was what everybody, including “Inside Scoop,” the Chron‘s restaurant news site, wanted to hear.  The story promptly died of wishful thinking.  The reality is that Valencia property values have soared, new chrome and glass establishments are the mode o’day, and nobody submits a proposal like this just to test the waters.  So how soon is “soon?”  We’re taking an informed guess it’s within two years since there’s just too much money in Valencia Street real estate to stop the rise of the dreaded condos.

Early in March, the SF Weekly carried a story about storm clouds rising over Bottom of the Hill as its neighboring property has been slated for condominium development.  The threat here is very real since there aren’t many who will invest a million plus in their dwelling and tolerate a full calendar of live music next door.

It’s always sunny in Penngrove, just north of Petaluma, where the Twin Oaks Tavern is thriving under new management.  The new ownership, which has a background in booking music, is bringing in talent from across the Americana spectrum and booking country and rockabilly bands.  The Vivants, KRSH’s Americana DJ Bill Bowker and Billy London and the  Lucky Dice (rockabilly) are among the luminaries keeping the beat at this former one-room schoolhouse 45 minutes north of SF.

The Best Lil’ Porkhouse in Corte Madera, just south of San Rafael, is the newest venue and one that has booked Joe Goldmark and the Seducers, Mitch Polzak and the Royal Deuces and Buck Nickles and Loose Change among others.  Located immediately off the Madera Road exit, this venue gets points for having turned a former Peppermill freeway exit-type restaurant, particularly its spacious lounge, into a comfortable music space with good food.  Restaurants that host live music are a trend that has been taking place in recent years as names like Speisekammer (Alameda), Downtown Joe’s (Napa), Pier 23 (SF), Hopmonk (Novato, Sebastopol, Sonoma) and Half Moon Bay Brewing Company continue to find their way onto the HWS calendar.  Though on the downside, the Russian River Brewing Company in Santa Rosa, which booked live music for ten years, stopped doing so on January 1st. 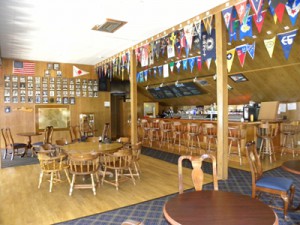 The building that houses the Presidio Yacht Club, a homey dive on the Marin side of the Golden Gate, has been going through some gyrations that could lead to the end of that music space.  It’s all in the hands of the federal government which has a complex web of inter-agency interests in the site, so nothing is destined to happen soon, if it happens at all.  PYC has music, mainly on weekends when bands including the Lonestar Retrobates and the Vivants play.  It’s also restarting its Thursday nights which will feature bands and reasonably priced home-style meals.

Winters Tavern in Pacifica has been around awhile, but it is only recently that they have been booking more of the types of bands listed on HWS.  Dave Crimmen, the Gillbillies and Country Casanovas are among those that have found their way to Pacifica.

Venues come and venues go, but if there is anything to be drawn from all this, it’s that music-only venues in SF are falling to gentrification while venues outside SF, particularly restaurants in neighbor-free zones, are on the rise.