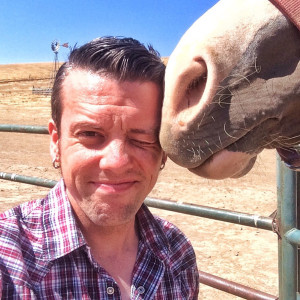 2016 was a rough year for music with the loss of Merle Haggard, Prince, Ralph Stanley, Bowie, Leonard Cohen and so many more.  Shelby Ash’s Lost Legends Tribute, 11/23, at the Great American Music Hall paid homage to them all, and that’s where Hicks with Sticks caught up with Mike Hellman whose band opened.  Find their video from that show (Haggard’s “The Way I Am”) on his Facebook page.

“I Might Have a Problem” — a lament about life that leaves the listener wondering whether drinkin’, pickin’, and honky-tonkin’ really are problems — streams on BandCamp.

There aren’t any Mike Hellman shows planned for 2016, so check the HWS calendar for future dates. 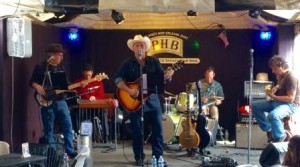 Hitch & Holler came to our attention when they played the Half Moon Bay Brewing Company.  They’re new and haven’t fully permeated social media yet, but their Facebook page says they’re into Sturgill Simpson, Hayes Carll, Elizabeth Cook and Steve Earle, and that’s good enough for us.  Find their video of Haggard’s “Workin’ Man’s Blues” on FB as well.

HWS caught up with the Urban Outlaws when they played Jaxson (SF’s new country bar reviewed in the previous post).  This band is formidable with eight members, six of them with vocal mics, and they punch out ’70s-style power country like Hank II’s “Family Tradition,” Charlie Daniels‘ “The Devil Went Down to Georgia” and Confederate Railroad’s “Trashy Women.”  Yes, their selections may be cliched power country, but they are very good at getting these songs off the stage.  In fact, they used their wireless mics to bring parts of some songs right into Jaxson’s crowd.  So, if you’re ever up for a night of good time, beer drinking, don’t-want-to-think-too-hard country entertainment (and, at least once in a while, who isn’t?) then find your way to Dan’s Bar in Walnut Creek where they play every Thursday.

Being articulate folks, Sonoma County’s Court ’n’ Disaster can explain themselves better than HWS would be able to.

“One night, at a benefit show for Sonoma County Legal Aid, the judge is performing solo, doing Buck Owens covers.  Two trial lawyers are playing bass and guitar in another act at the same show.  The piano player, also a trial lawyer, is performing in a duo on the same stage.

So the bass player says to the guitar player, “The judge needs a back-up band.”  After the judge roped in a court clerk to play second guitar, a banker to play drums, a lawyer’s wife and a spa owner to sing backup…   Court ’n’ Disaster was born.”

Clearly, this is not a band you’d want to sue.