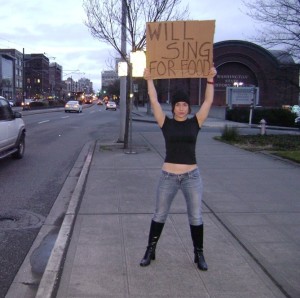 Musicians are wondering what’s up when the tip jar gets passed and people who’ve been enjoying the show give nothing, or worse, a dollar.  In 2017, there’s really no such thing as a free show, fives are the new ones, and as of today Hicks with Sticks will start listing shows without cover charges as “Tip Jar” rather than “Free.”

The shift to digital music has led to lowering music appreciation and music’s value as art.  People have come to value songs as commodities, much like wheat or barley, rather than individual works of an artist’s creation.  Consider first, styles like electronica and others that are generated on computers.  If the person who made that music did so without touching a musical instrument, does that make him or her a musician or is it just tweaking an app?  Enter “music making apps” into Google and you’ll find all the software an individual needs to become a musician, or a whole band, once the download is complete.  Fie and begone to owning an instrument or, Heaven forbid, practicing! 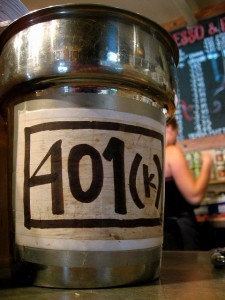 Consider too, how once upon a time, not that long ago, having a record collection of 5000 songs would have been impressive, and expensive. Now people can carry 50,000 MP3s — none of which they might have purchased — in a pocket or purse.  No wonder music has come to be valued as a commodity rather than an art form.

Back at the venue, the musicians are performing their art which took considerable time to bring to the stage.  So slip ’em a fiver or a ten. They really are worth more than what they used to earn back in 1967, but paying them at least what they made back then will be a start.