Live music continues to grow in the North Bay with the addition of Red Brick in Petaluma and Stout Brothers in Santa Rosa.

The Red Brick offers live music every Tuesday, Friday and Saturday with a mix of blues, jazz, funk, zydeco, folk, bluegrass, oldies, swing and country, some of which leans toward listening and some that encourages dancing.  Fairel & Tucker, who are booked for February 13th, and The Rhythm Rangers, who play on March 2nd, are close to the music represented here on Hicks with Sticks.  Full-on C/W bands like Tommy Thomson, Attila Viola and the Bakersfield Boys, Buck Nickles and Loose Change and Court ‘n’ Disaster hail from Sonoma County, so expect some of them to find their way to Red Brick as word gets around.  The music plays from 7:00 to 10:00, an early start that complements the venue’s “superior bar food.” 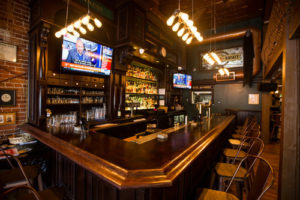 Stout Brothers, an Irish pub, has been operating as a bar and restaurant under its current ownership since 2013, but has just been remodeled with the intent to expand into music which is just ramping up.  There is a calendar page on the site, but at this writing it is empty.  Still, if you build it they will come, so stay tuned to Hicks with Sticks for further developments.