This podcast features (mainly) new releases from SF Bay Area honky-tonk, insurgent country, bluegrass and Americana bands including Laura Benitez and the Heartache, Joe Goldmark, Nashville Honeymoon, Mitch Polzak and the Royal Deuces, The Carolyn Sills Combo plus exclusives like a pre-released track from Gayle Lynn and the Hired Hands‘ forthcoming CD; and an original from Tom Lucas (Earl Brothers, Crooked Jades) that was recorded for this HWS radio program that aired on KALW, June 16 from 6:30 to 8:00. 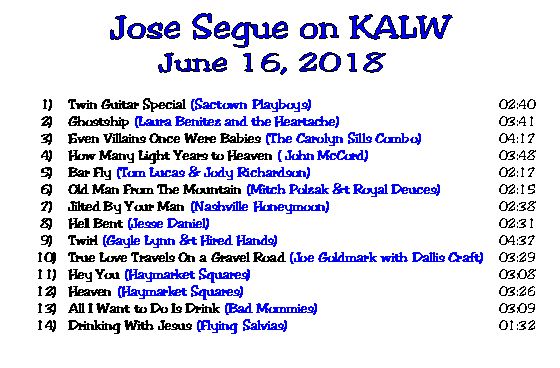 Thanks to Peter Thompson whose show “Bluegrass Signal” airs from 6:30 to 8:00 every Saturday on KALW, except when he lends it out to guest hosts including Hicks with Sticks.