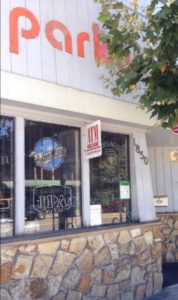 The country band Crying Time headlines Honky Tonk Heaven every second Friday at the Parkway Lounge in Oakland, but the event is more than just a band at a bar, it’s a showcase.  On its first visit, Hicks with Sticks was surprised to see a dozen or so musicians in the audience who’d once lived in San Francisco, but had been “deported” to the East Bay by SF’s high rents. 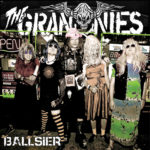 Some of them would be called up to the bandstand to sing or play with Crying Time.  Guest singers and players are one dimension of this showcase; relatively new bands in the opening slot are the other.  REQ’D (pronounced “wrecked”), which has played there, is a cowpunk side project from Sluggo who is better known for fronting The Grannies, a punk band that plays in fright wigs and granny dresses.

This Friday (1/10/19), Lucy and the Long Haul, which plays alt-country and R&R originals, will be honing their chops before their February recording session. 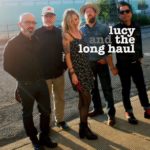 The Parkway Lounge has everything you’d want in an East Bay dive: an audience of misfits, pool tables, cheap stiff drinks, A’s and Raiders paraphernalia and no nonsense bands.  Kudos to Jill Rogers and Myles Boisen of Crying Time for organizing this cloud of Honky Tonk Heaven in the East Bay.