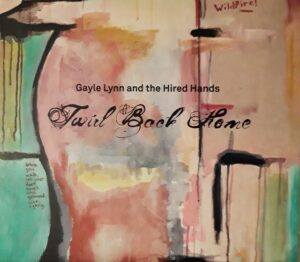 Twirl Back Home from Gayle Lynn & the Hired Hands was years in the making due to a house fire that derailed the recording session.  The introspection and self-reflection that rises from such a loss permeates these songs, most notably in “Flames” where the Phoenix emerges.

“Flames… can’t take away the way we love… the way we live… how we share… all the times we’ve had, all the friends we’ve known, the way we choose to care.” 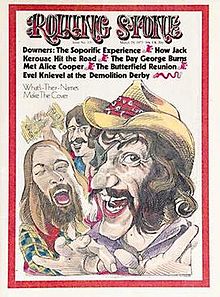 “Back Home” looks into the American dream, questioning if it really is what it was, once upon a time, when leaving home was a measure of personal progress.  The protagonist in “Waitress” works at a franchise restaurant by an anonymous freeway exit where dreams go on permanent hold and staying put is her destiny.  “Everybody Loves Me (and I Don’t Know Why)” is co-written and sung by the band’s guitarist Rik Elswit who was in Dr. Hook and the Medicine Show when that band took Shel Silverstein‘s “Cover of the Rolling Stone” to #6 on the pop charts in 1973.  The splash made him a few friends-of-the-moment, saved him from a waiter’s job at a franchise, and gave us this fine “answer” song.  The title of “Didn’t Get What I Wanted,” the crown jewel of dreams gone wrong, says all that can be said about disappointment.

Much of the CD addresses playing with the cards the world has dealt.  “Somebody’s Girl” and “Twirl” take it personal.   Hope among the ruins can be found in glimmers, but the CD’s over-all message is to play your cards and keep on a-rollin’.  As explained in “Flames,” our choices about what’s important in our lives are ours alone, whether the building is burning or not.

Kudos for production quality go to the band’s bassist, Tom Drohan, who stuck to it for years, marshaled a platoon of contributors, and lifted this CD well above three-cord country.   Check their site or the Hicks with Sticks calendar for live shows, and click the play arrow to hear selections from the songs mentioned in this review.