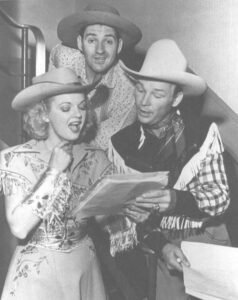 Hicks with Sticks brings SFBA Americana to the radio, but since the local scene has been d-e-a-d since March, this is an opportunity to do a special on Southern California’s western swing, alt-country, honky-tonk and rockabilly music.  The show will air on November 7th from 6:30 to 8:00 pm PST on KALW and KALW.org.

The 90-minute show has roughly five components, one of which will be a nod to SoCal’s entertainment industry during the 1930s to 1940s when singing cowboys, like Gene Autry, Sons of the Pioneers, Roy Rogers and Tex Owens (who wrote “The Cattle Call), turned the image of cowboys from saddle tramps into radio and movie stars. 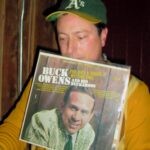 Another segment will focus on Bakersfield with an eye toward Buck Owens, Merl Haggard and lesser-knowns, like Win Stewart, who influenced them.  There’ll also be a feature about Gram Parsons and bands like the Byrds, Flying Burrito Brothers and Eagles that orbited his star. 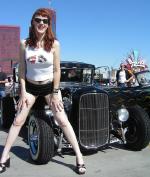 There’ll also be a set of songs about cars (think “Route 66”) in recognition of Southern California’s being the touchstone for automobile culture by having given us everything from drive-in theaters to drive-thru hamburger stands.

Bringing it up to the 21st century, the broadcast will close with SoCal bands that play NorCal frequently including the Blasters/Dave Alvin, Big Sandy and the Fly-Rite Boys, Carl Sonny Leyland,  Deke Dickerson and whoever else we can squeeze in.  Time permitting we’ll listen to some L.A. punks gone country like the Knitters, which came out of X, and Rank and File which evolved from the Zeros.

We’ve got a long way to go and a short time to get there, but Southern California here we come on November 7th.