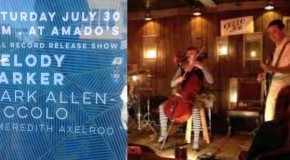 Amado’s, located at Valencia and 21st where Veracocha used to be, is S.F.’s newest music venue. Booking hasn’t ramped up as their liquor license is still pending, but they did kick it off this 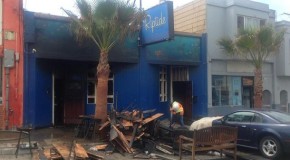 The Riptide secured it’s music permit, but not without a struggle but David Quimby and Les James did win a big one for live music.  The five-member Entertainment Commission voted unanimously to approve the bars entertainment license and granted 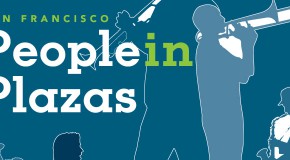 Let’s Do Lunch & Music with People in Plazas

People in Plazas has kicked off its summer concerts with bands that play at noon in S.F. plazas from downtown to civic center.  Hicks with Sticks has added the following PiP dates to its calendar: 8/5 Hi-Ball 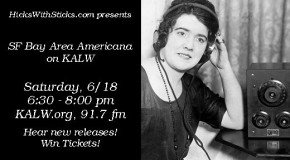 Hicks with Sticks finds its way back to KALW.org Saturday, June 18th from 6:30 to 8pm bringing the latest in San Francisco Bay Area twangin’ Americana.  The show will feature new releases from Jinx Jones and