Hicks with Sticks returned to KALW (91.7 FM) on Saturday, October 17th to play the latest from Mitch Polzak and the Royal Deuces, 2017’s “Ameripolitan Band of the Year” award winner the Carolyn Sills Combo, and pre-release tracks from Gayle Lynn and the Hired Hands and Mark Holzinger (Lost Weekend).   Also aired were new releases from Muddy Roses, Crying Time, Moonshine Maybelline, Nashville Honeymoon, Jesse Daniel, Eight Belles, Porkchop Express and a tip of the hat to grunge with the Gravel Spreaders doing a hillbilly version of the Nirvana anthem “Smells Like Teen Spirit.” 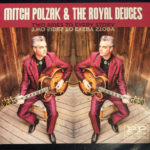 1. “For a Few Dollars More” – Mitch Polzak and the Royal Deuces
This is a spaghetti western track composed by Ennio Morricone for a 40-piece orchestra, yet the Royal Deuces still managed to do a fine job of rearranging it for a trio. 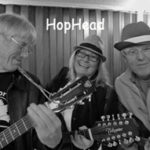 2. “Lady of the Harbor” – HopHead
This song honoring the Statue of Liberty was written by David Crosby.  It has a message for the growing number of Americans who don’t know the difference between an immigrant and a refugee. 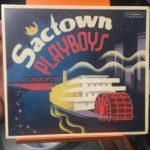 3. “I Hear You Talkin'” – Sactown Playboys
A classic western swing song done by a Sacramento band was originally written by Cindy Walker and performed by Bob Wills and the Texas Playboys. 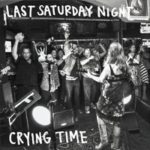 4. “Honky Tonk Dream” – Crying Time
From their new CD Last Saturday Night, Hank Williams, Patsy Cline and Johnny Cash all managed to appear in this song dreamed up and performed by this band’s fiddler Tony Marcus. 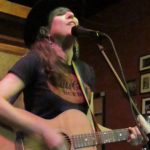 5. “Twirl” – Gayle Lynn and the Hired Hands
This is an advanced track from the band’s yet-to-be-released CD.  This was so new that some members of the band didn’t have copies of it! 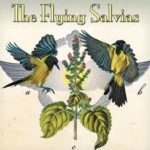 6. “Not a Prayer” – Flying Salvias
If there is a god running things, his job performance is questionable and is spirituality coming from those without a spiritual bone to claim. 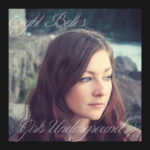 7. “Not Gonna Leave” – Eight Belles
This marked the first of three making-up/breaking-up songs that came together.  Jessi Phillips handles the vocals on this song about sticking it out in rough going. 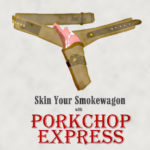 8. “Miss Me” – Porkchop Express
The second of the three songs, naturally enough, is about not sticking it out — or perhaps about getting fed up after having stuck it out long enough. 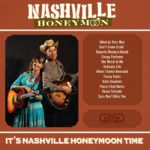 9. “Don’t Come Cryin'” – Nashville Honeymoon
The last of the three seemed to sum up the first two with its refrain of Don’t come cryin’ to me/Go away and let me be. 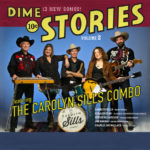 10. “Tinker to Evers to Chance” – Carolyn Sills Combo
This Santa Cruz band won the “Ameripolitan Band of the Year Award” in 2017.  Moving on to baseball, shortstop Joe Tinker to second baseman Johnny Evans to Frank Chance covering first base were storied double play makers for the 1910 Chicago Cubs. 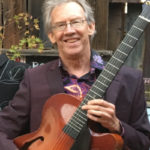 11. “Why, Oh Why” – Mark Holzinger
This track is from the yet-to-be-released CD from Mark Holzinger who played in the long-standing western swing band Lost Weekend. 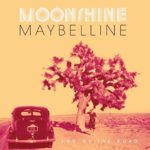 12. “After the Hurricane” – Moonshine Maybelline
This “hurricane” is powered by the pipes of Catherine Foreman, formerly of Starlene.  Dylan Orlando wrote this contribution from MM’s new EP. 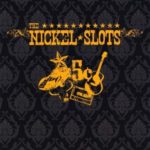 13. “Comfort” – The Nickle Slots
This original tune appears on the band’s most recent CD, Five Miles Gone.  They hale from the Sacramento area and are one tight band with strong songs. 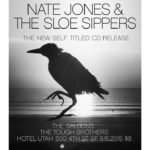 14. “Whiskey from the Well” – Nate Jones and the Sloe Sippers
Being real country music, it usually doesn’t take 14 tracks before playing a drinking song, but that’s just how it worked out for this broadcast. 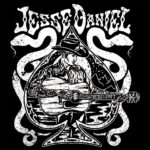 16. “SR-22 Blues” – Jesse Daniel
As for the pain following drinking, in this case a DUI, this is a tribute to the SR-22 which is often the only insurance available, and yet another big expense, from getting a DUI. 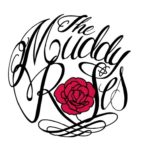 17. “Long Black River” – The Muddy Roses
Here’s a fine “highway” song from their 2017 EP.  This band deserves more attention than it’s been getting.  Maybe this song will “pave” the way. 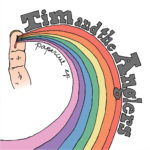 The refrain Don’t Let the door hit your ass on the way out/I’ll be okay if you forget to write sums up this song’s sentiments. 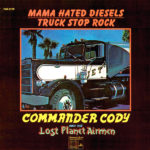 19. “Mama Hated Deisels” – Blackie Ferrell
Of course we’d eventually get to a truckin’ song.  This is a good one written by a songwriter’s songwriter and long-time resident of Marin and Commander Cody Alumnus. 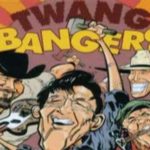 20. “Rockabilly Funeral” – Twangbangers feat. Bill Kirchen
Blackie Farrell also wrote this song about how a rockabilly funeral might be, black tow truck and all.  Bill Kirchen, now in Virginia, but formerly of Marin (and Commander Cody) knows Farrell well. 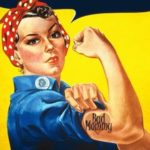 21. “Mommy Prison Blues” – Bad Mommies
Here’s a satirical take on “Folsom Prison Blues” where having had children is what imprisons these three real-life mommies.  This live track was recorded at  Bird and Beckett, a San Francisco bookstore with a stage for live music, and other live arts. 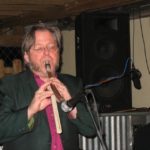 22. “Over Under Sideways Down” – Carney Ball Johnson
This cover of a psychedelic Yardbirds tune, is a nod to Ralph Carney, who had a fatal accident this year. Tom Waits, who Carney had collaborated with, considered him “like a broken toy that works better after it’s been broken.”  Carney is pictured playing a home-made slide clarinet, the lead instrument on this track. 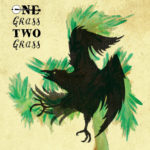 23. “Stuck in the Middle” – One Grass Two Grass
This is a bluegrass cover on a hit Steelers Wheel song.  Gerry Rafferty, who had a hit album, Baker Street, got his start with Steelers Wheel. 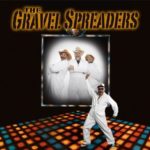 24. “Smells Like Teen Spirit” – The Gravel Spreaders
This hillbilly cover of Nirvana’s famous grunge anthem rounded out the show.  Beck, Iron Maiden, Ozzy Osborne and Billy Idol are among those whose songs have received The Gravel Spreaders treatment.

New Releases & Xmas Beyond the Mall