“I Saw the Light” (Hank Williams) and “Born to Be Blue” (Chet Baker) are two equally mediocre biopics with radically different responses from critics.  Both pictures portray musicians on the lost highway: Williams on his way to an early physical demise brought on by alcohol, and Baker’s early loss of spirit brought on by heroin.
[youtube id=”6bKjhqvbHs8″ width=”600″ height=”350″]
Both found fame in the 1950’s, were ill-suited to married life, took recreational chemistry too far, and wound up with biopics in 2016.  Both biopics are guilty of presenting their subjects without much reference to the times in which they lived.  Their lives, when stripped of context, are not that interesting.  The characters become caricatures — playing music, getting high, messing things up and little else, which makes it difficult for the movie-goer to empathize and easy to drift into ennui.
[youtube id=”lC1DQ9qIECo” width=”600″ height=”350″]
What’s interesting is how critics related to these blasé films.  The Williams movie took considerable heat for a fine performance by Tom Hiddleston that lacked temporal context. The Baker film received considerable praise for a fine performance by Ethan Hawke in an equally one-dimensional context. Their respective critics ratings on Rotten Tomatoes are 19% and 87%.  It seems that critics are more inclined to praise a so-so film that’s centered around classical or jazz over other styles.  Movie makers know this which explains why, if there’s going to be a music-related movie, chances are it will be tied to “proper” music like classical or jazz. 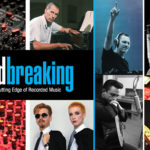 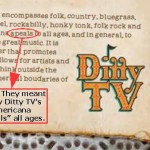