Bay Area CW bookings are picking up thanks to Jaxson, SF’s new country themed bar, Overland in Oakland and the Ivy Room in Albany.  And, after twenty years, the Atlas Cafe in SF will be shutting down it’s country and bluegrass Thursday night shows, though not all of its music events. 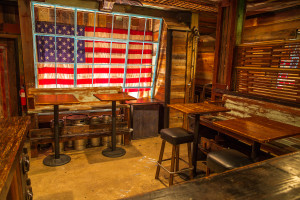 Jaxson, which is on Filmore just south of Lombard, is new enough to still be finding its niche.  It opened with a new country slant hoping to attract a line dance crowd with DJed music, only to confront a problem that plagued Fiddlers Green which ran line dancing through most of the 2000s, namely that line dancers don’t drink.  So a move has been made to open Wednesday nights to live bands.  Whiskey Pills Fiasco (rockabilly), The Unforgiven (a recently formed country band from Pacifica) and Blythdale Canyon (a classic country band from Marin) have all been booked.   The club is looking for more and has asked Hicks with Sticks to get the word out.  Happy to oblige! 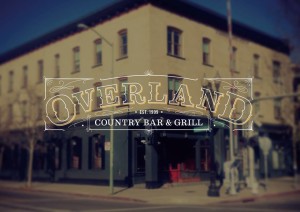 Overland, at the foot of Broadway in Oakland, has been active, though irregular, with its live music program.  Bands including Miss Lonely Hearts, Mitch Polzak and the Royal Deuces and Suzanne Wilde and the Back Hats have played Overland and, starting in December, Laura Benitez and the Heartache will play on every second Saturday.  Booking residencies rather than one-off shows means less trouble for the booker, consistency for the bands and assurances of regular live music events for the fans.  Laura’s show has been added to the HWS calendar of weekly and monthly events, as has Jaxson’s Wednesday nights. 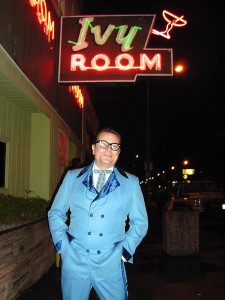 Music at the Ivy Room had been up and down with ownership changes over the past decade.  Now it’s settled: there’s live music every Friday and Saturday and often on other days of the week.  Unlike Overland and Jaxson, the Ivy Room isn’t locked into a theme which frees it to book a wider range of music.  On the Americana side, Jinx Jones and the Kingtones and Frankie Boots and the County Line have played there, and Cornbread Willie, an acoustic Americana band, is slated for an early show on Sunday 11/20.

Jimbo Trout has been booking bluegrass and country every Thursday at the Atlas Cafe for three months shy of 20 years.  Its anchor gig has been the Atlas jam which has played every last Thursday of the month throughout that time.  One of the jam’s “graduates,” Annie Staninec, started when she was 13 and is now touri

ng with Rod Stewart.  The Atlas’ Thursday series ends on December 29th, except that there will be one last jam on March 30th to make it a full 20-year run.  This does not spell the end of live music at the Atlas since jazz will continue on Fridays and ragtime with Meredith Axelrod and Craig Ventresco will remain in place every Saturday afternoon.