“Folsom Prison Blues” is to country what “Freebird” is to rock and “Mustang Sally” is to blues. Whenever I hear that song’s famous eight opening notes, I know it’s time to go for a walk.  I probably liked it as much as anyone the first ten thousand times I’d heard it, but after another 3,897,432 exposures my loathing remains firm.

The bands have grown tired of it too, but what can they do considering its power as a crowd-pleaser?  How well I remember the night when Mitch Polzak and the Royal Deuces were playing at Blondie’s and a looped thirty-something, let’s call him Exhibit A, started bellowing for that dreaded tune.  I responded with “No, no, no!”  It’s not that I have anything against Johnny Cash or can control my behavior.   Pavlov rings a bell and his dog salivates.  Exhibit A yells for “Folsom Prison Blues” and my subconscious forces my vocal chords to cry “No.”

Exhibit A turned to me in astonishment, “Whatsamatta?  Don’t you like Johnny Cash!”

“Yes I do, but what about you?  Can you name one other Johnny Cash song?”  He took on a air of befuddlement as his pickled brain attempted to retrieve one out of its empty Johnny Cash folder.  Then he did the only thing he could do, he turned back to Mitch and blurted out, “Play ‘Folsom Prison Blues.'”  Eight notes rang out and I knew again that it was time for a brief walk.

Comedian Jim Jefferies has a funny take on the Man in Black’s fame, which starts in the video at 2:48.  For me, Johnny Cash isn’t in my country top ten, but he is in the top 20.  After all, it wasn’t Johnny Cash who wrecked “Folsom Prison Blues,” it was Exhibits A-Z (plus however many other letters there are in alphabets around the world.)  On Jefferies’ side though, I do have the LPs “Hymn’s by Johnny Cash” and “America, a 200-Year Salute in Story and Song.”  I haven’t listened to them much, but then again neither has anybody else, and for good reason! 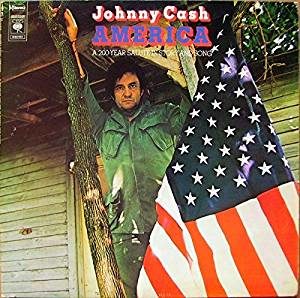 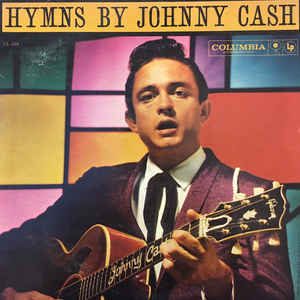