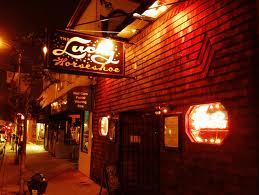 The Hicks with Sticks website is being revamped, and the Venues page has received the latest makeover with updates and the addition of the Lucky Horseshoe, Brick and Mortar, Blondie’s, 50 Mason Social Club, and St. Cyprian’s in SF, Sweetwater in Mill Valley, Moe’s Alley in Santa Cruz, the Blank Club in San Jose, Armando’s in Martinez, Lauganitas Tap Room in Petaluma, and Hopmonk Tavern in Sebastopol.

Descriptions and links to these venues can be found on the HWS Venues page, but briefly… The Lucky Horseshoe replaced Skip’s on Cortland Street in Bernal Heights and the bad blues bands associated with Skip’s have been replaced by people who know what’s what in music…  Brick and Mortar, on Mission near Duboce in SF, rarely books Americana, but when they do, they’ve been hosting some good ‘uns…  Blondie’s, on Valencia near 16th, has brought in the Royal Deuces every first Thursday…  50 Mason had booked several bands on the HWS Bands page earlier in the year, but has been quiet lately.  Somebody probably just needs to call them…  St. Cyprian’s in SF is the new location of the Noe Valley Music Series which draws from a strong line of mainly acoustic preformers…  Sweetwater in Mill Valley is back and better than ever after having lost their lease a few years ago…   Not listing Moe’s Alley in Santa Cruz has been a Hicks with Sticks oversight.  It’s days as a blues club had been long over and HWS finally caught up…  The Blank Club in San Jose is a sister club to the Uptown in Oakland which hosts many of the touring bands that also play the Uptown…   Armando’s has been bringing more and better music to Martinez in the Bay Area delta region…   And we’re happy to celebrate the the growing unity between music and microbrewers with the addition of Lauganitas Tap Room in Petaluma and Hopmonk Tavern in Sebastopol. 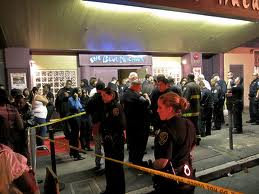 There’s also the news that the Blue Macaw on Mission near 22nd in SF has changed hands.  Back in the 2000s this club was the 12 Galaxies which was strong in twangin’ roots music, but all that changed when the Blue Macaw looked to draw younger, more techno and Latino-oriented audiences.  Economics will force the format to change, but in which direction is as yet unknown.

The Savannah Lounge, further up Mission near 26th, is reported to be looking to restructure.  This was the Voodoo Lounge which ran a variety of shows back in the day, but switched to jazz under new ownership and now may be confronting 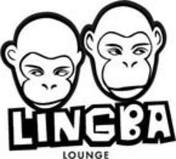 all-around problems due in part to weak demand for jazz in the Mission.

The Lingba Lounge in SF’s Portrero Hill District had to shut down it’s DJed music after a year once neighors found out it didn’t have a permit.

On net, there are more venues coming than going, including those that are restructuring, and this can only be good for live music as a whole.  The revised HWS Venues page is also a mine of sorts for bands from the HWS Bands page who are always welcome to “start digging.”